In 1945 it was clear that Japan will lose the war, but non of the Imperial Japanese soldiers wasted only a thought on giving up. So as the U.S. Marines landed on this strategic important island they had to discover that each step gained had to be paid in blood and it took them over two months to conquer the whole island (21 square Kilometers) and more than 7.000 men killed in action. The Japanese garrison was completely annihilated (only 216 are taken prisoner).

Clint Eastwood made two really great movies about this battle:
Letters from Iwo Jima (seen from the Japanese side)
Flags of our fathers (seen from the American side)

The moment depicted is the rising of the U.S. flag on Mount Suribachi. It was the second rising of the flag, as by the first time no camera filmed it, so it had to be done again. It is one of the most famous war pictures of all times. The Marine Corps War Memorial in Arlington, Virginia is based on this picture.

The whole diorama is from Esci who is based on the monument. The figures had to be glued together from several pieces and they don't fit very well. Also the correct configuration of the figures to achieve the effect of raising the flag is hard to achieve.

My customer wished the monument base in black with gold letters and the rest of the diorama in natural colours. So the sand is black (Iwo Jima is a volcano island) and the sparse vegetation is dry and brown. 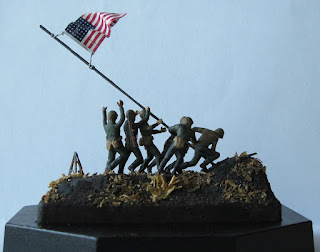 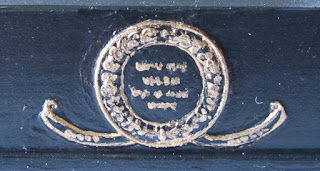 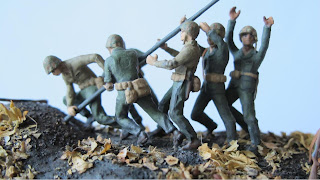 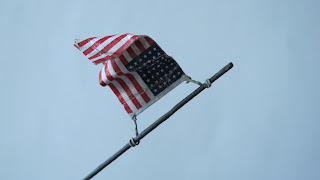 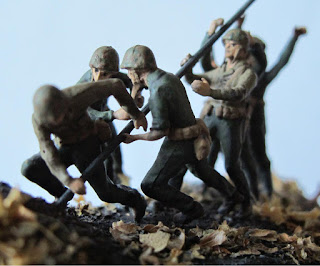 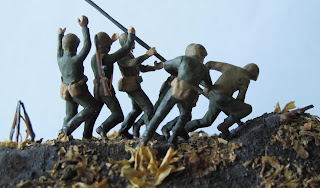 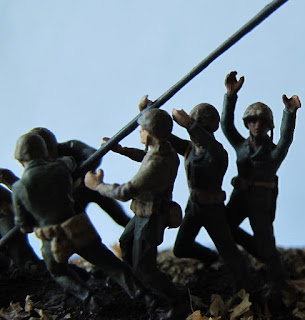 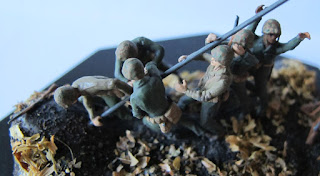 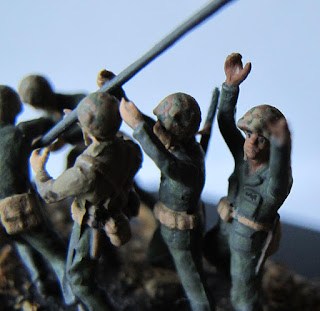 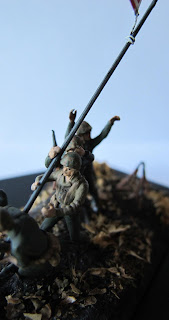 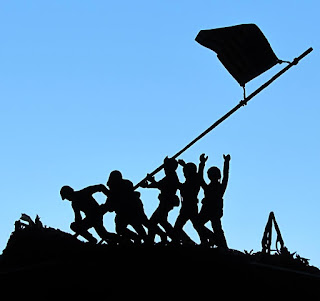 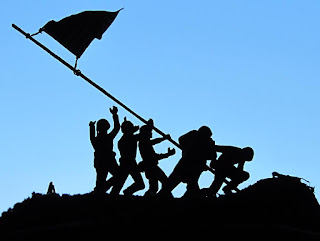