Raphia 217 BC - A terrifying colossus

Historical background
After the death of Alexander the great his empire disintegrates in several parts, when each of his former commanders tried to take his share. Long years of war between them followed, known as the diadochi wars. After the end of this conflict two of this successor states (the Seleucid empire and Ptolemaic Egypt) started a new series of wars - the Syrian wars (6 wars, lasting with interruptions from 274 to 168 BC). In the 4th war the battle of Raphia (modern day Rafah, near Gaza in Israel) took place and it was one of the largest of the whole conflict – especially famous for its use of war elephants on both sides (a rarity). The Seleucids used Indian elephants and the Egyptians smaller African forest elephants. The battle started with an attack by the elephants by both sides, but the Egyptian elephants on the left flank panicked before contact and were put to flight with the Seleucids persuing them, on the right flank the Egyptian elephants refused to move at all and only excessive cavalry attacks saved them from being overrun. The decision had to happen in the center by the phalanxes, where the Egyptians had the better end. This victory ensured Ptolemaic dominance over Syria, but not for long.
The moment depicted is the attack of the Seleucid elephants supported by some light infantry on the Egyptian right flank. Egyptian cavalry tries to stop their advance, but have extreme difficulties with penetrating the heavy armour of the beasts.
The diorama
The figures are from Zvezda and this elephant also deserves a seperate praise - perfect work! I added a little detail in creating a convincing throat (only slightly visible), some small gaps between the parts had to be covered with putty. The colouring of the elephant was the same problem as in the Zama diorama, but owing to the armour not as much skin had to be done.
The elephant is according to Zvezda a forest elephant, but for the species it is too large. As the animal is covered with a lot of armour, it is exceptable for an Indian elephant. The mahout in front of the tower controls the movement of the elephant and the fighting crew tries to shield the flanks of the beast. Additional light infantry also has this job. The main function was the sheer might and weight of the elephant to disrupt the enemy lines, but it isn't possible to steer the animal directly into a wall of soldiers with spears to their front - the elephant simply stops or even worse he got afraid and turned and crashed blindly through his own soldiers. A scared elephant is hard to stop and the mahout carried a hammer and a chisel blade for this moment - to ram it down through the forehead of the animal as a final solution.
Photos (click to enlarge) 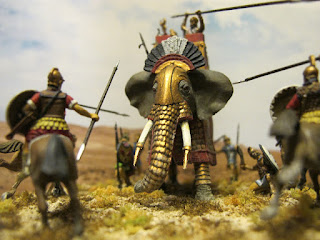 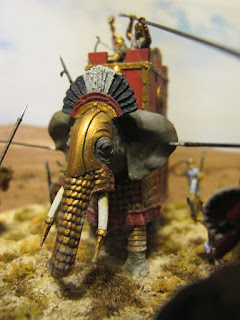 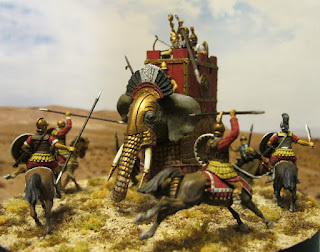 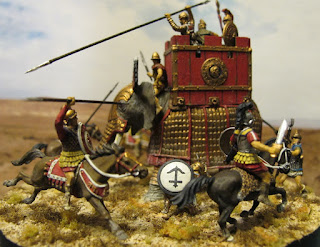 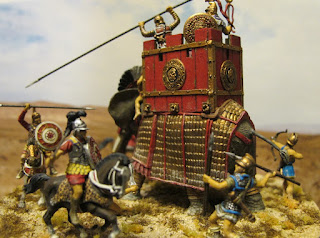 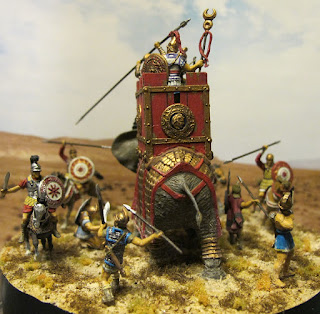 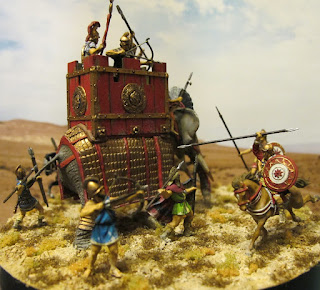 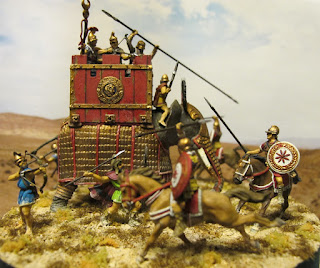 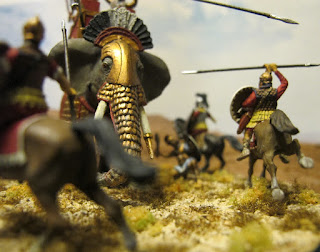 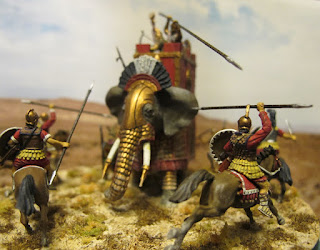 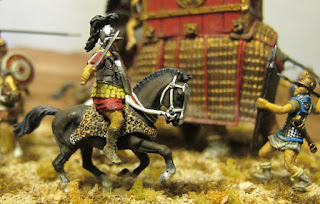 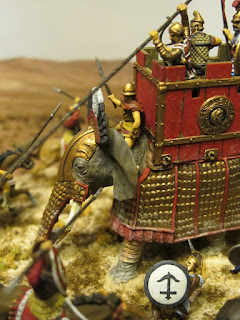 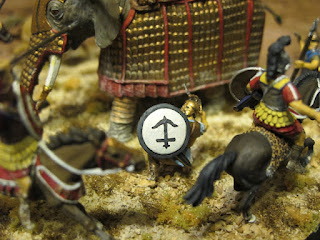 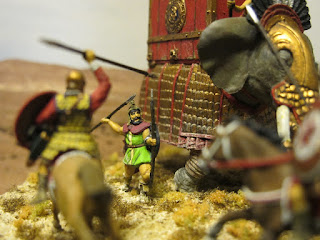 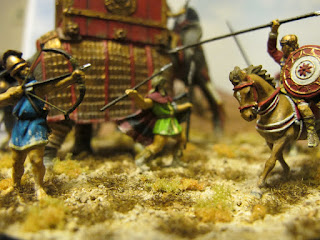 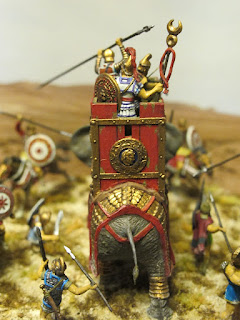 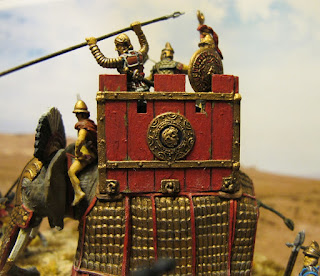 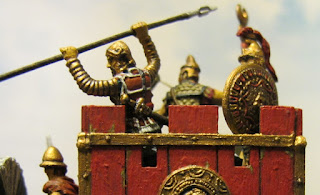 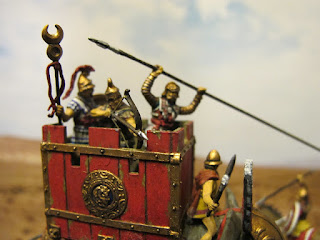 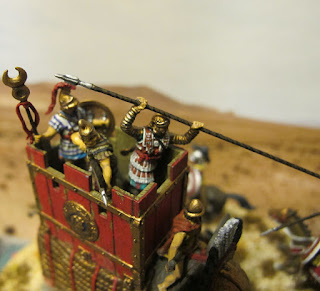 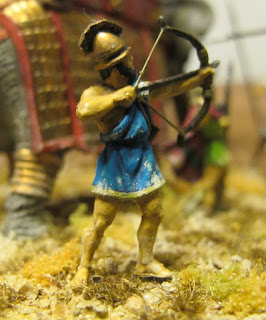 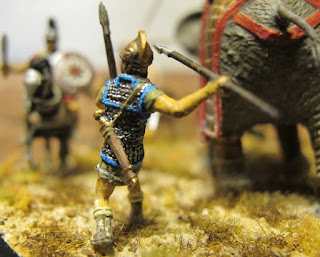 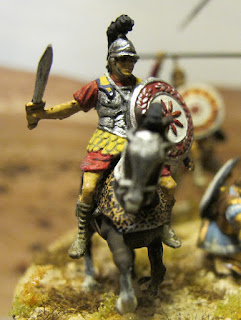 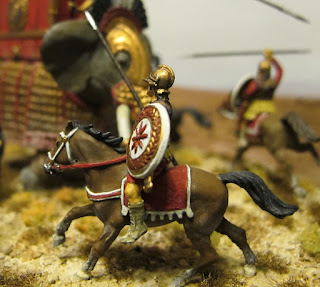 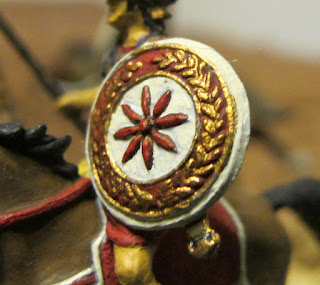 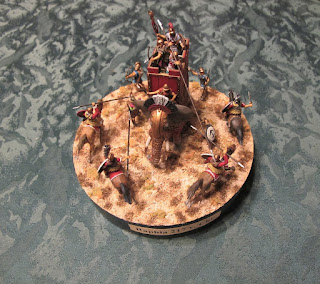