Granicus 334 BC - Alexander of Macedon

In the year 334 BC Alexander III of Macedon (later called "the Great") started an invasion of the Persian Empire. The first encounter with a Persian army happened at the River Granicus near the ancient city of Troy (in modern day Turkey). Alexander bring about 37.000 men with him, the Persians between 20 - 30.000 - the armies are diveded only by the river. The objectivs differed greatly: Alexander wanted to destroy the enemy forces to show a position of strength and getting local allies, the Persians wanted to end the nuisance of a ridicolous Macedon invasion by winning the battle or even better by killing Alexander.  The battle opened with a clash of cavalry on the Macedon left flank, in which Alexander's troops gained the upper hand. While the Persians tried to reinforce the endangered area, a gap opened in the Persion line in which the Macedon infantry rushed in. This was the decisive moment of the battle and the Persions begin to flee. Alexander won his first major engagement against the Persian superpower and the Macedons were now a force to be reckoned with.
The moment depicted is an attack by Macedon cavarly spearheaded by Alexander himself and the attempt by the Persians to kill him in person.
The diorama

The first challenge for this diorama are the poses of the horses which are mostly in full charge and for a depiction of a close combat only of limited usefulness. With the right positioning of the horses and riders can this problem be largely solved. The figures are all from Zvezda, with only minor trimming had to be done.
The second challange is the river Granicus in which the battle partly happened. I used MIG acrylic water clear and added different colours in different layers. The river banks are covered with some stuff from the railway department. 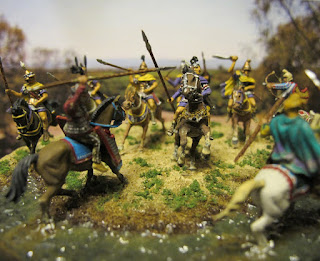 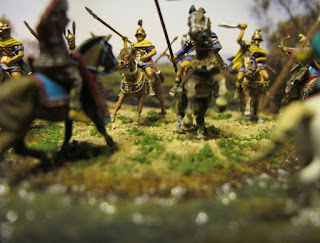 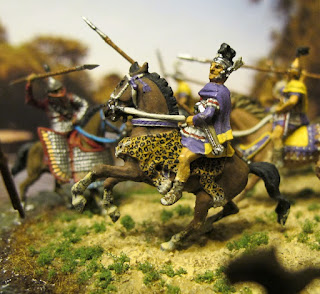 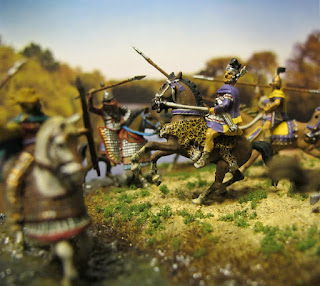 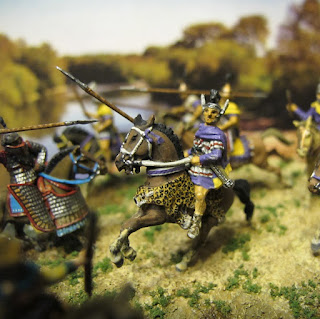 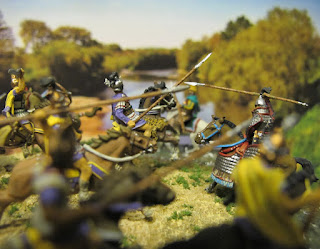 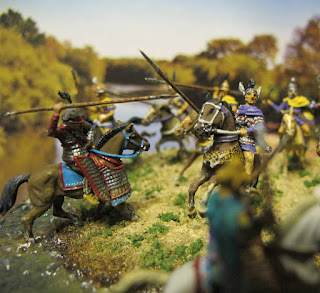 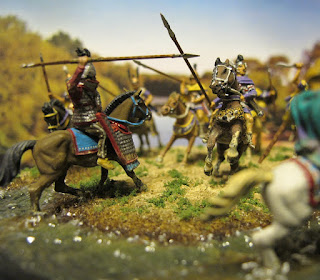 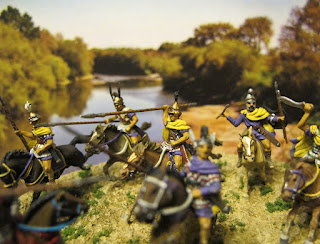 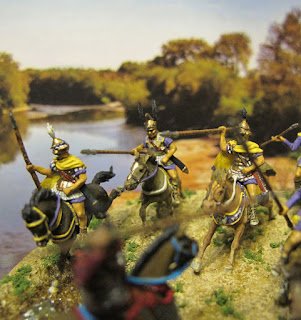 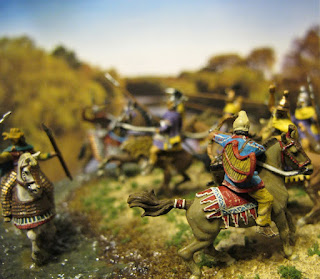 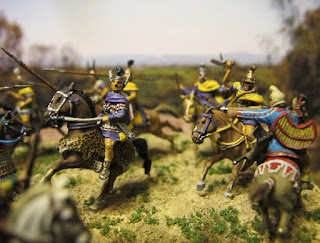 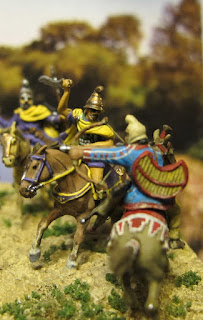 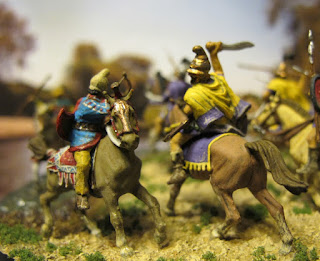 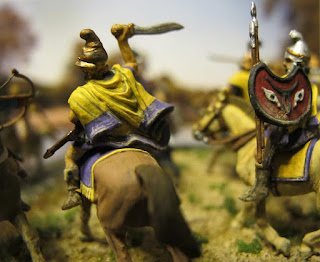 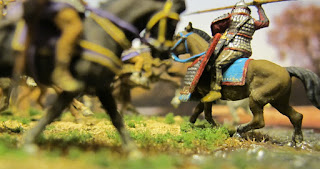 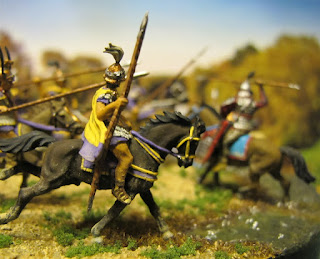 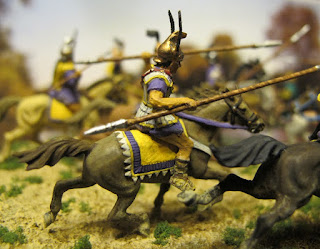 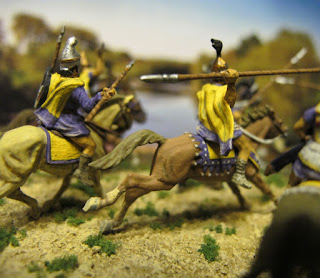 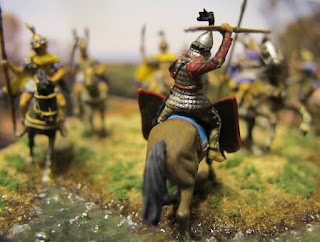 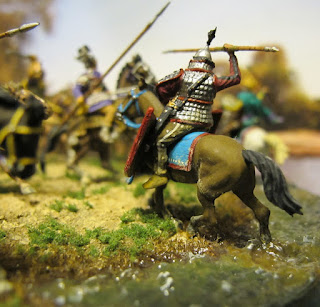 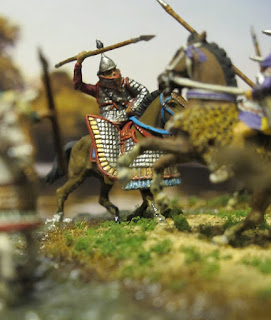 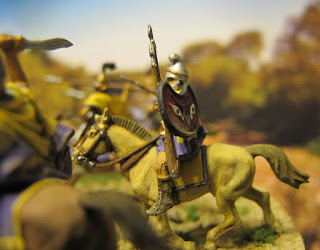 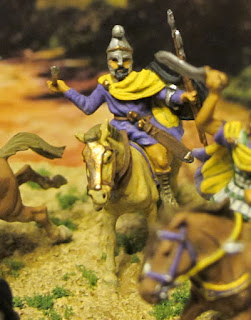 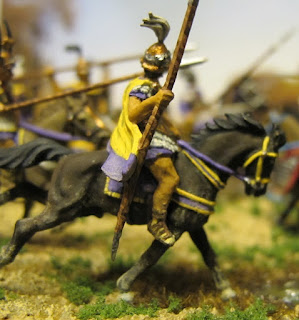 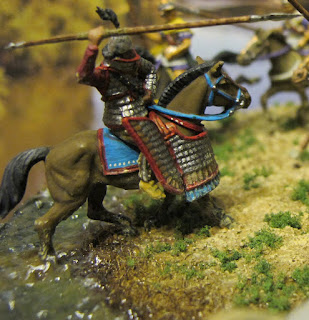 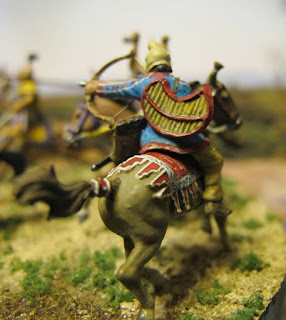 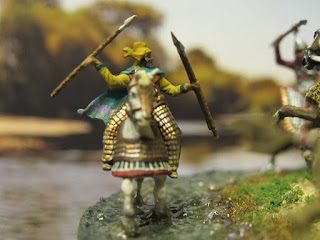 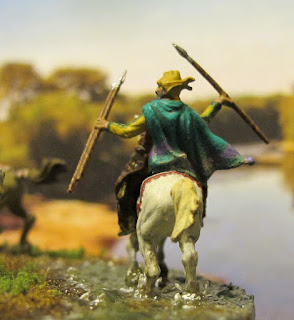 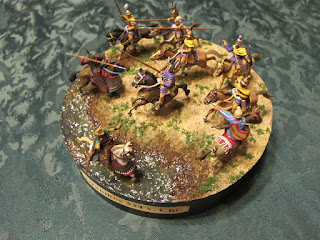