The moment depicted is when the Poles rush down from the hills on the western side of Vienna and the Ottomans (Jannisaries) try to stop them in no matter what environment - even in the vineyards, where place and visibility is very limited.


The figures are from Zvezda (Poles) and Orion (Ottomans). For reaching the interaction between the figures some conversions had to made and also the Poles had to be trimmed additionally to reach the desired appearance (originally they were Russian streltsi). Uniforms were not very developed in this period, so each figure has its own colours or colour variations.


Vineyards look a little different then today, the method of cultivation changed over the years - in fact it only changed after the second world war from low to high culture. The vine grapes are made of wire, glue, paint and some foliage from Noch. The grapes itself out of wire, curry powder and a some paint. 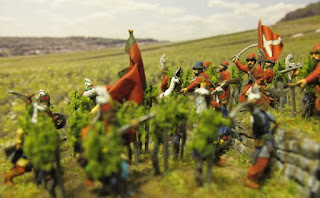 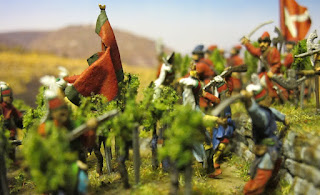 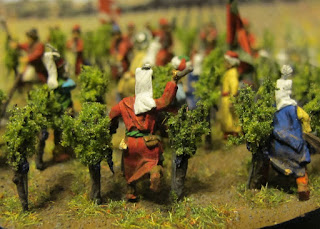 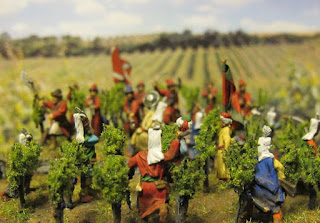 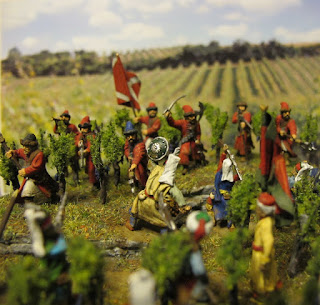 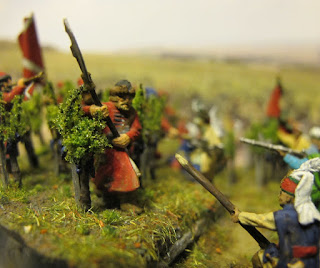 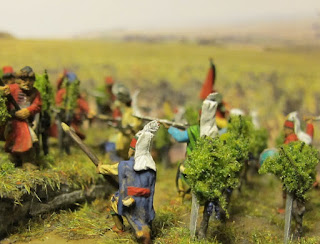 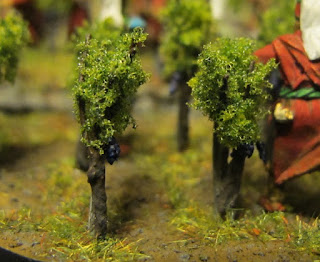 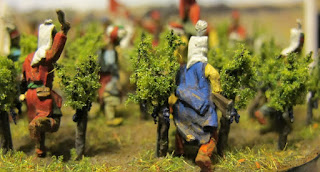 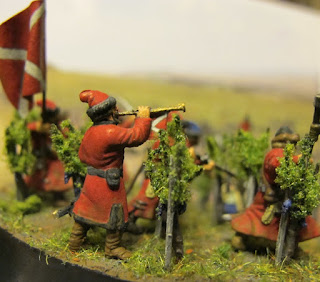 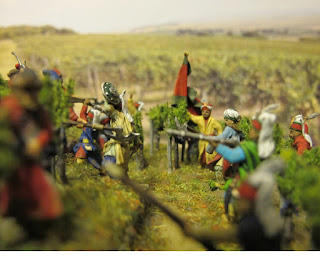 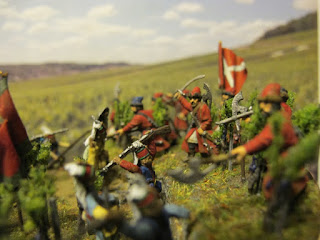 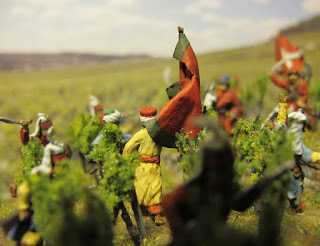 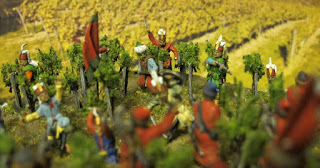 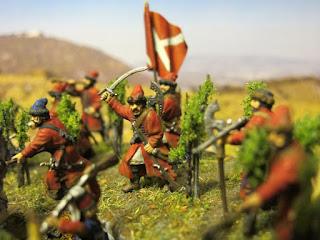 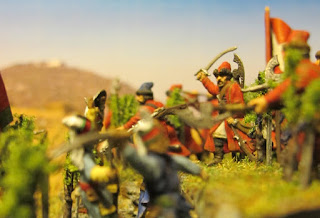 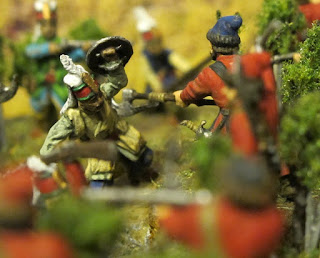 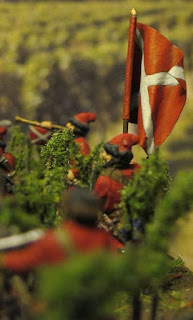 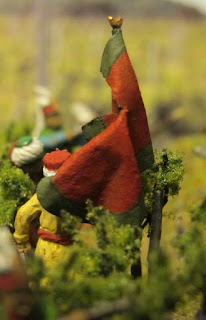 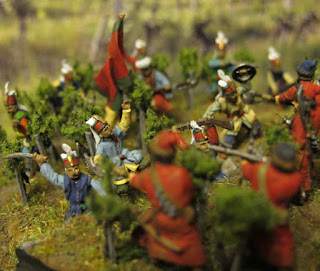 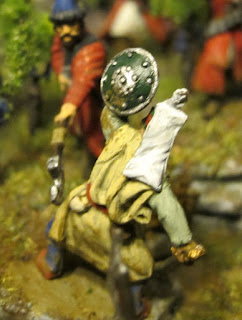 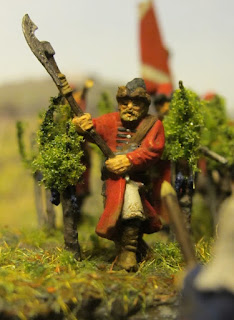 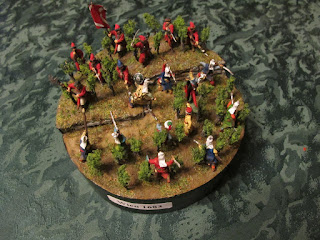