I had got the frigate, I had got the troops. After watching "The frogs and the lobsters" in the Hornblower Series I fancied a landing operation by British troops (De Roll, Chasseurs Britanniques, Gordon Highlanders and Royal Marines) somewhere in Spain (I had got the windmill ...) during the later years of the Peninsular War. All went well for the British in the beginning, but the French must have been warned in advance, therefore being able to send quite a few troops - even artillery and some dragoons (in uniforms made from local brown fabric) - to defend the coast. They were finally able to give the lobsters a thorough thrashing, the landing failed with heavy losses for the invader. The pictures show the beginning of the encounter, the landing in full swing. 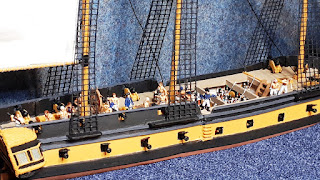 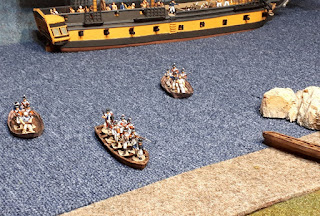 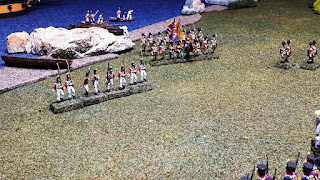 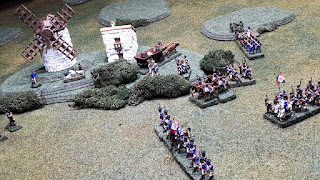 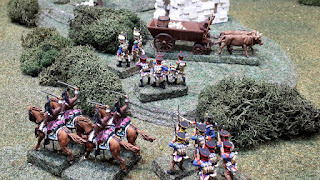 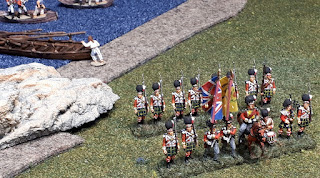 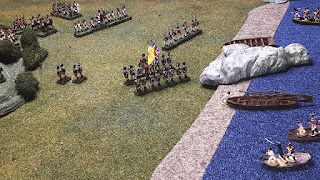 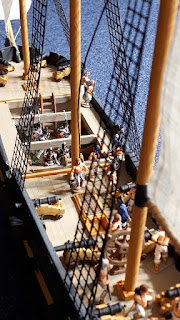 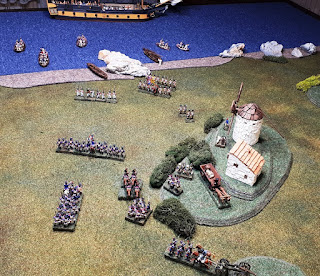