After humilating defeats in Italy and at the battle of Austerlitz the Austrian Emporer decided that it is time to strike again against Napoleon. An invasion of Bavaria was attempted but it failed and Napoleon drove the Austrians back to Vienna, the Austrians on the northern side of the Danube, the French of the southern side in the city itself with Napoleon residing in Schönbrunn. A first try to bring the Austrians to their knees failed in the battle of Aspern/Essling where Napoleon gets a bloody nose. With more vigour two months later he crossed the Danube and the battle of Wagram starts. It was one of the greatest battles of all time with a fronline of over 15 kilometers on a plain field without any features (the Marchfeld). The battle lasted more than two days and resulted in the retreat of the Austrian army. Napoleon was again master of Europe.

The moment depicted in the diorama is the massing of 84 cannons on day 2 of the battle. It was an attempt to stop an Austrian advance near Aderklaa which worked.

The figures and the gun are from Esci. The figures are all in very static and not very lifelike poses, so much conversions had to be done. As the gun is very simplified (a problem with must soft plastic artillery) some details had to be added to achieve a more realistic look. The cornfield is made of reed (H0-scale from an unknown manufactorer), spices, tape, glue and paint - this time partly trampled down, as guns and soldiers had walked over it. The background is a photo from the actual battlefield taken in 2010. 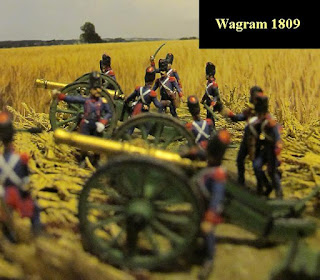 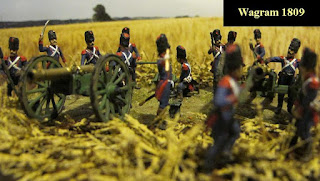 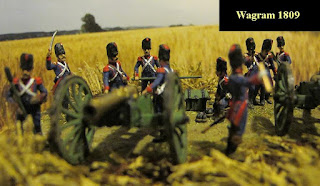 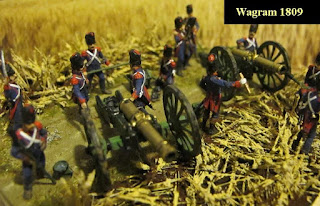 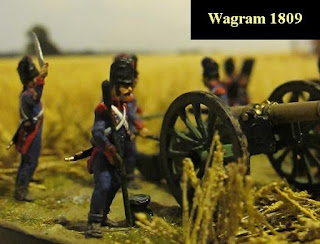 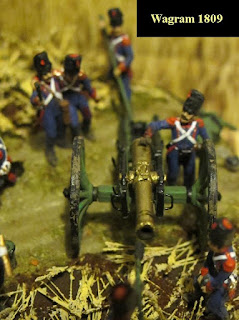 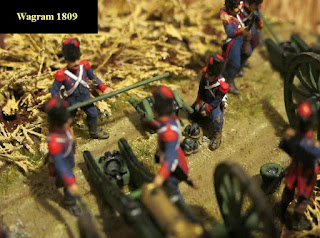 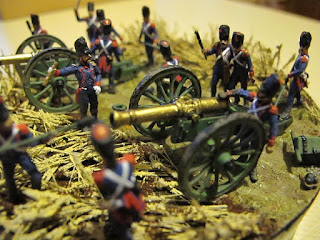 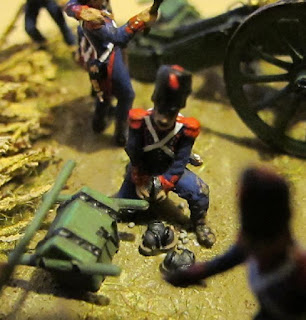 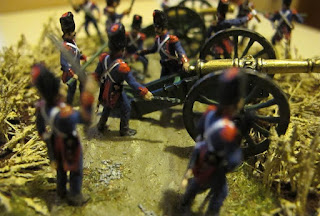 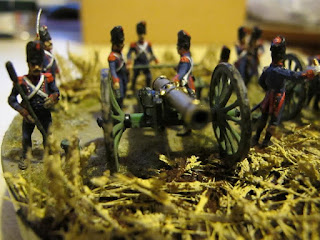 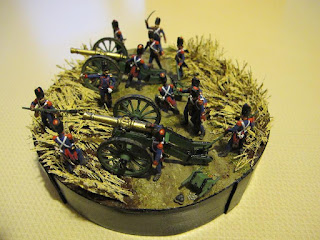 In 1862 the American civil war was in its second year and the Union army stood only a few miles before Richmond, the capital of the Confederacy. As Robert E. Lee, the most famous of all civil war commanders, took over command of the Confederate troops he made the decision to attack his opponent instead of digging in and await the onslaught. In a series of battles within only seven days (one of which was Gaynes's Mill) Lee pushed the Union army further and further away from Richmond and the Unionist had to give up their dream of a quick victory. The war continued till 1865 and resulted in a complete defeat of the Confederacy.

The moment depicted is the stand of the 5th New York Volunteer Regiment (also known as Duryee's Zuaves) to hold back the approaching Confederate attack wave. It was only a shortlived defence as the Southern troops overwhelmed them and they had to retreat.

The figures are from Italeri. As there are only limited poses for the Zuaves (a quite fancyfull costume inspired by French troops) some conversions had to be done. The fence is made of wood and the shoddy tree of wire, putty and foliage by Noch. 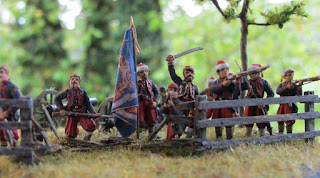 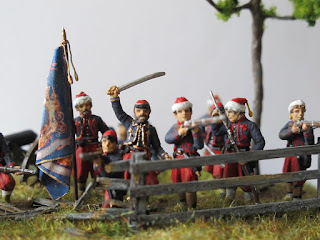 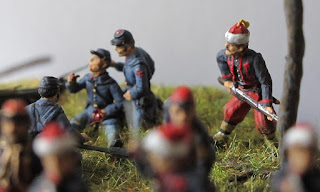 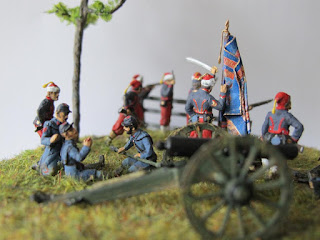 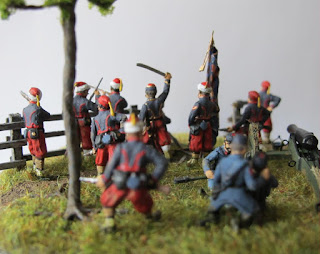 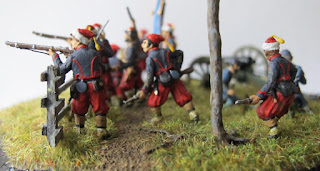 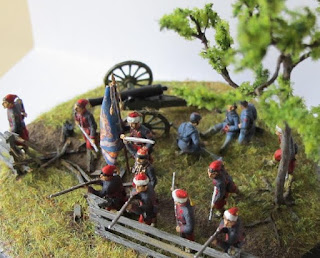 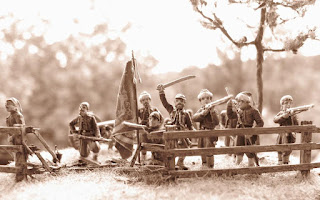 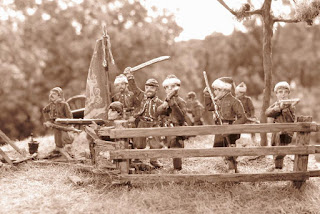 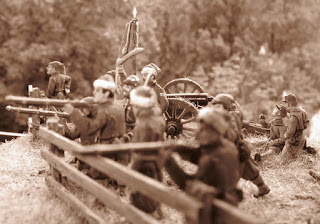 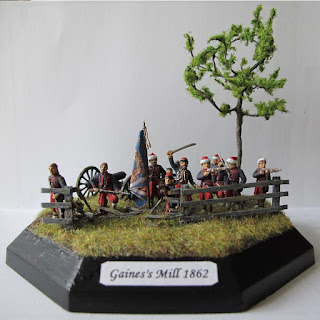