The moment depicted is an attack by Polish troops on an Ottoman defensive line held by janissaries during the battle. After their long and exhausting march to Vienna the Poles put a final effort to overcome their Ottoman adversaries.

The figures are from Zvezda (Poles) and Orion (Ottomans). For reaching the interaction between the figures some conversions had to be made and also the Poles had to be trimmed additionally to reach the desired appearance (originally they were Russian streltsi). Uniforms were not very developed in this period, so each figure has its own colours or colour variations. The flags are made of paper and handpainted. The tree is scratch built of wire, putty and foliage by Noch. 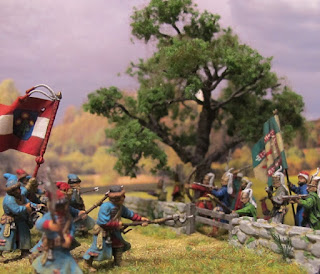 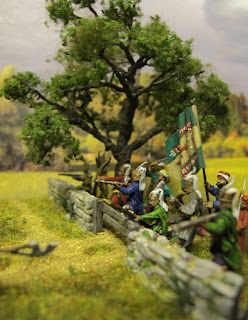 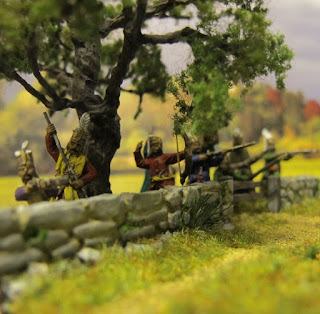 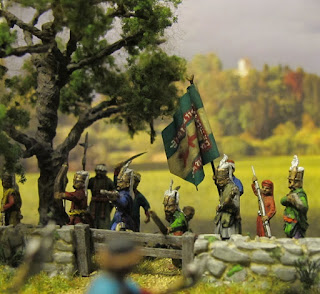 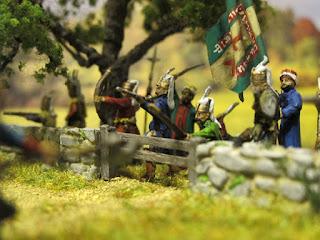 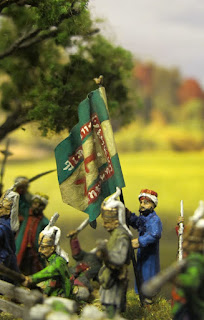 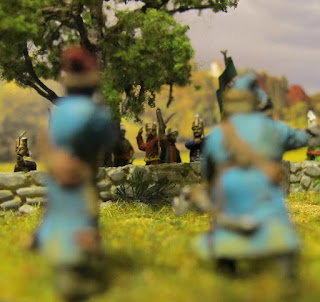 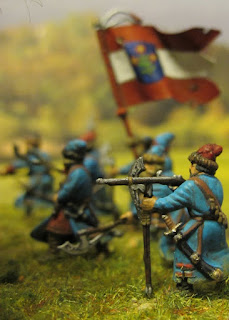 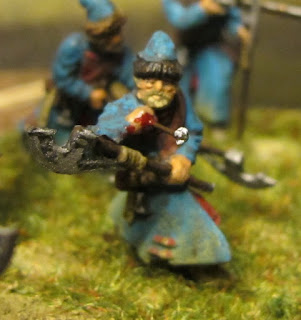 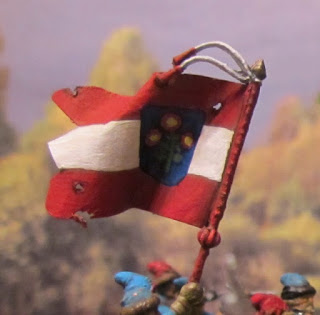 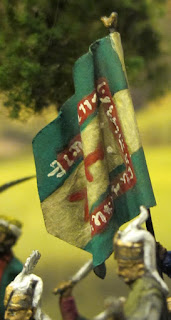 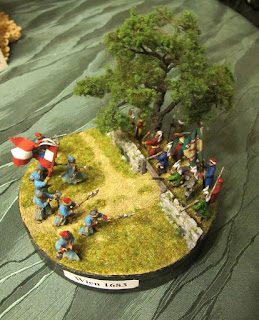 In 1798 Napoleon started his Egyptian expedition - partly to explore the Egyptian antiquities but most of all to crush the British supremacy in the Mediterranean. The Ottoman troops in Egypt had nothing to oppose the French army and soon Napoleon was in possession of Egypt and part of Syria. But the British Navy succeeded in cutting Napoleon's line of communication and this left him stranded in the Orient. Silently he withdraw from the army and returns to France in 1799.

The moment depicted in the diorama is a French artillery piece in front of the walls of Alexandria. Before the French could create massive siege lines the siege was already over - it lasted only one day. The show of force was too much for the Ottomans. That was a real luck for the French as their uniforms were made for much cooler climates and the first victims of heat stroke occured very soon and in alarming numbers.

The figures and the gun are from Esci. The figures are all in very static and not very lifelike poses, so much conversions had to be done. As the gun is very simplified (a problem with must soft plastic artillery) some details had to be added to achieve a more realistic look. The broken wall is made of plaster, the palm tree of wire, cord, putty, copy paper and paint. 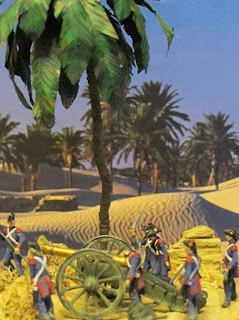 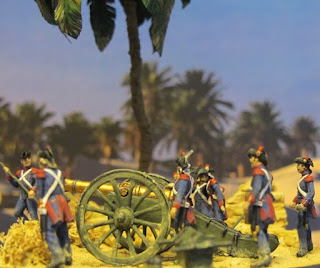 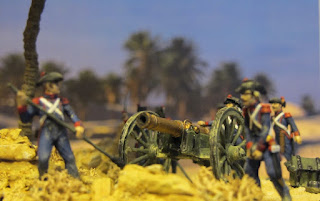 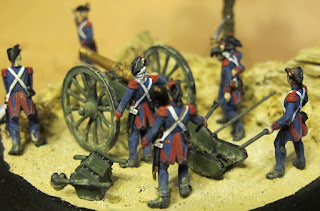 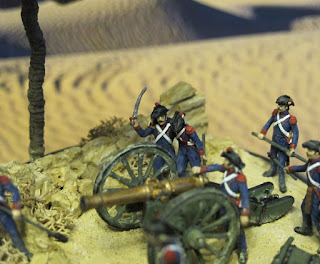 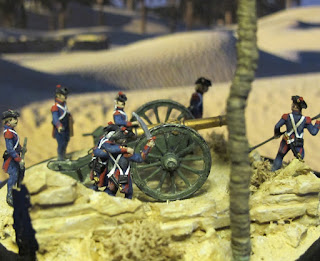 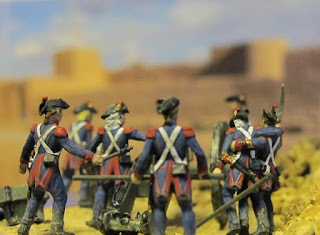 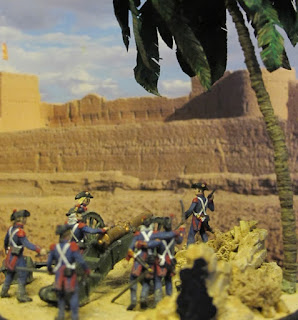 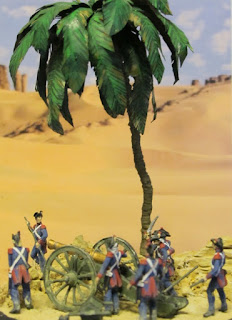 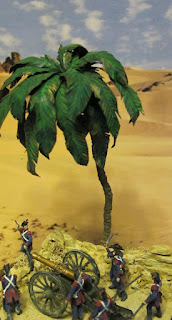 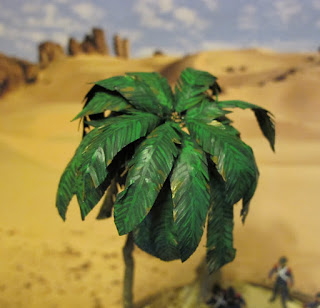 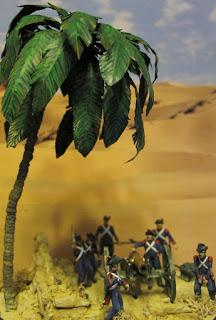 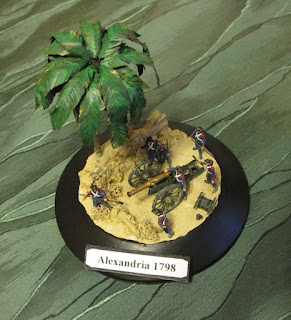