Gaugamela 331 BC - The chariot

In the year 334 BC Alexander III of Macedonia (later called "the Great") started the invasion of the Persian Empire. After victories in the battles the Granicus and Issus he faced the whole might of Persia in the battle of Gaugamela in 331 BC. The odds were completely against him as the Persian army outnumbered him greatly (exact numbers vary: Macedonian army ca. 50.000, Persian army: 90 - 120.000, in ancient sources even 250.000 up to 1.000.000). With superior tactics of his phalanx and his cavalry he outmanouvred the Persians and put them to flight with only slight losses to his own army. The results of this battle were enormous - the Persian king Darius III was killed by his own men and Alexander was in full control of the whole Persian empire.

The moment depicted is the attack of one of the feared scythed Persian chariots. A few Greek cavalrymen try to disable the crew and stop it. The chariots which reached the Macedon lines were soon put out of action, as the phalanx opened their close formation to let them pass simply through and light troops finished them finally off.

The challenge for this diorama was the fact that information on the appearance of Persian chariots are scarce, especially on colouring, so it is only best guess. The figures are all from Zvezda, with only minor trimming had to be done. Groundwork is made of coffee powder, paint, some moss from the garden and a little bit of marjoram. The Persians cleared the anticipated path of the chariots in the days before the battle, so that no obstacles can interfere with the attack (large stones and bushwork was removed and uneven ground was flattened), so all the ground on the diorama is quite flat and with only few vegetation. 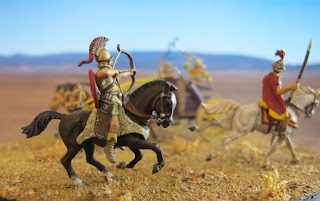 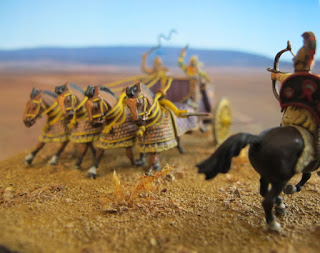 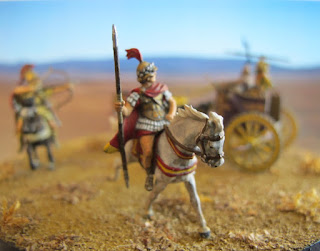 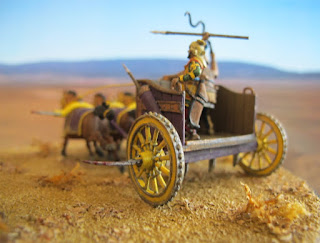 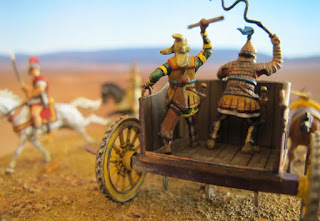 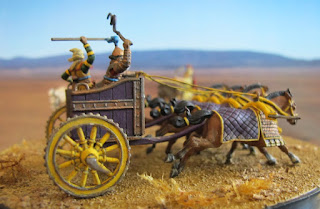 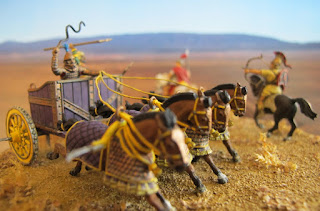 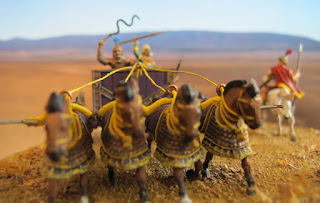 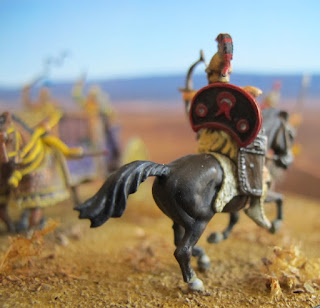 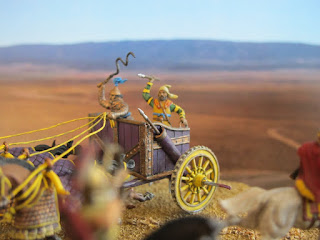 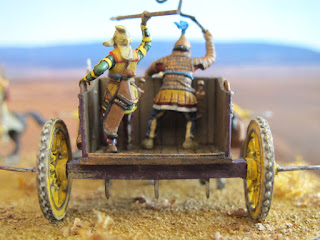 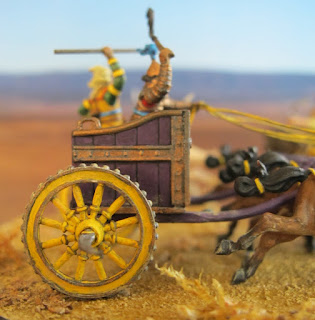 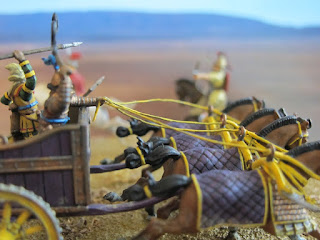 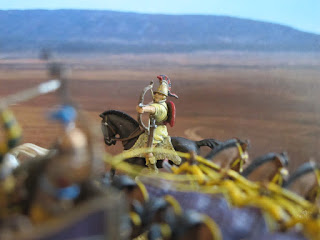 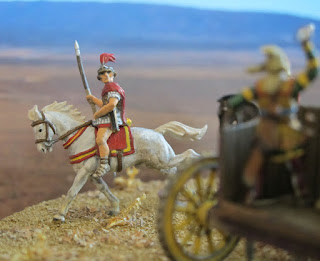 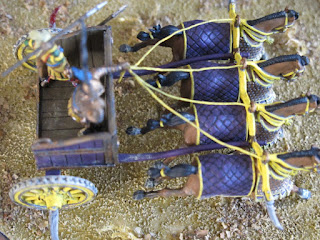 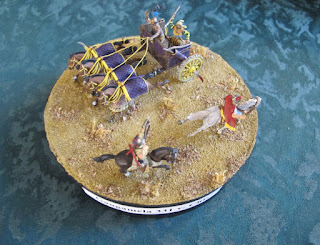 In 1942 the German army stood deep in Soviet territory. The Soviet army was only able to stop the German advance but a massive built up in the hinterlands was soon to turn the scales in Russia's favour.

For securing the lines of communications the German army used to some extent Russian cossack volunteers. They were very effective and the units were recruited from anti-communists which survived the purges by Stalin and wanted revenge.

The moment depicted in the diorama is one cossack unit on patrol looking for the enemy or partisan fighters.

The figures are from Revell. Only minor modifications had to be done. The uniform represents the classic German cavalry uniform with a little traditional cossack touch. The well is simply made of wood and a little wire. The cornfield is a little bit complex and is made of reed (H0-scale from an unknown manufactorer), spices, tape, glue and paint - a tricky business but I like the result. 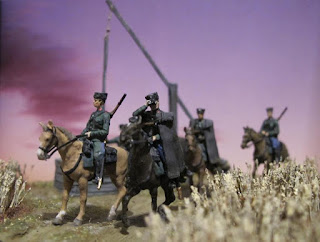 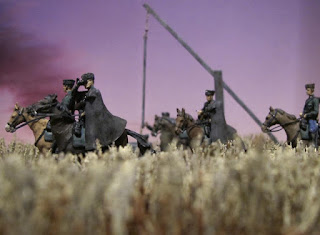 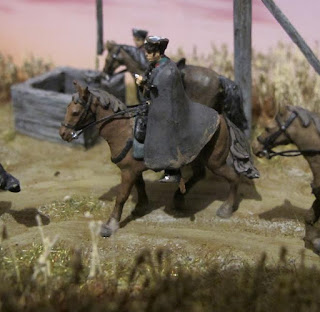 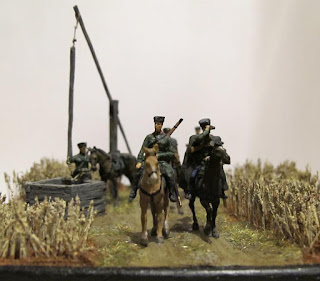 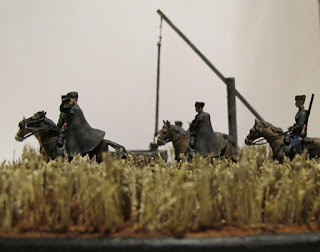 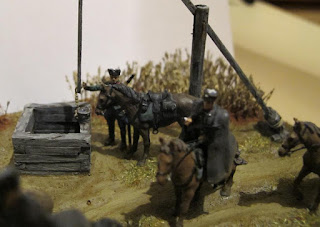 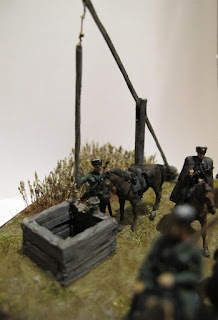 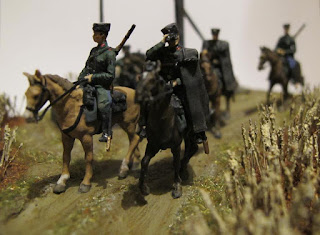 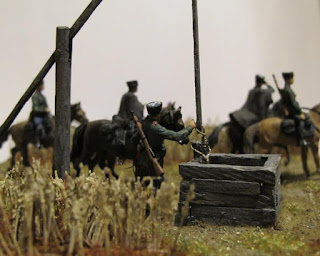 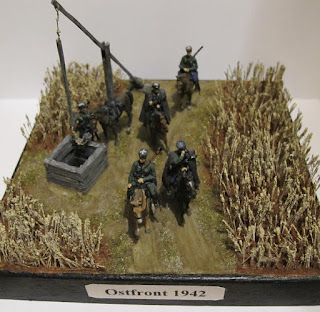