In 1940 the French had to witness the might of the German Blitzkrieg which swepped across the country in a scale not seen before. The French army relied solely on the Maginot line (a large static  fortification line with heavy guns). The Germans on the other side were masters of mobile warfare and crossed the Ardennes with their panzers - a possibility which the French high staff had completely ignored. In only six weeks France was defeated and Hitler visits Paris.

The moment depicted in the diorama is a German artillery piece (10,5 cm leichte Feldhaubitze 18) in an infantry support role. As the Germans had total air superiority and the French army was in very confused state even cover or Camouflage were not necessary.

The figures are from Revell (originally from Preiser in H0) and in my opinion this is one of the best sets ever produced. No need for conversion, perfect poses, even the gun is for a soft plastic item very good. Cobblestone and the wall are made out of a plaster from a form with a little trimming. 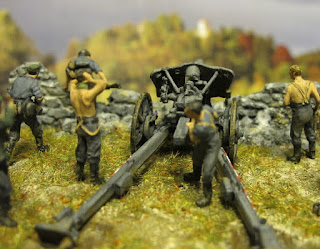 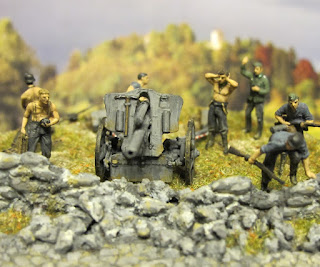 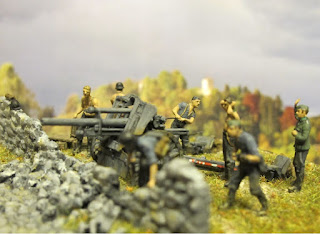 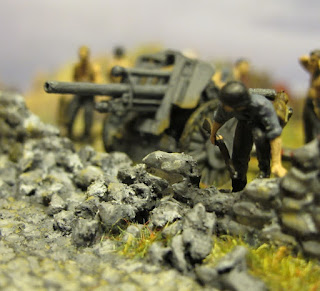 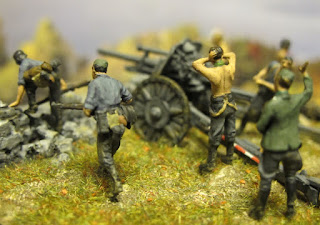 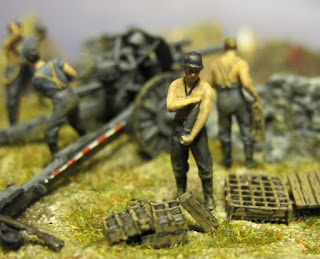 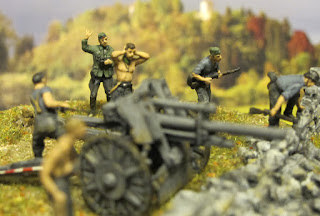 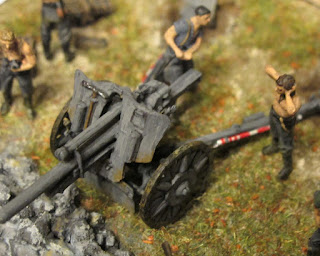 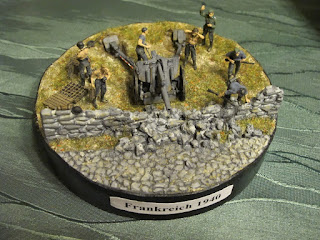