The moment depicted is the final moment before an Ottoman mine was blown up. Some men are pouring out fine gunpowder out of their the sacks and an officer stands ready to ignite it. An observer is ready too see the impact of the explosion and some janissaries are running to the front to their attack positions. The life in these trenches was certainly not a fine one.

The figures are all from Orion. For making some kind of  sappers the figures had to be converted out of fighting poses. Uniforms were not very developed in this period, so each figure has its own colours or colour variations. The trench walls and the mine entrance are made of wood and cord. 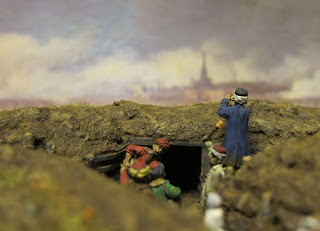 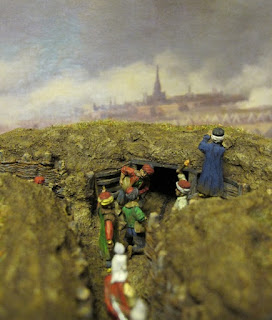 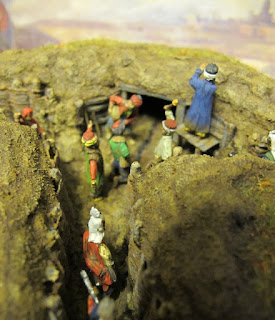 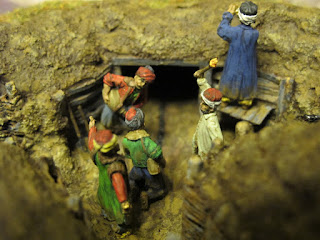 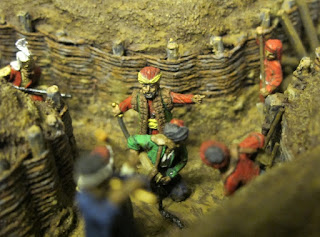 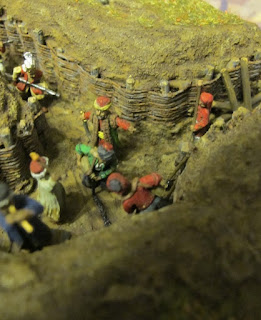 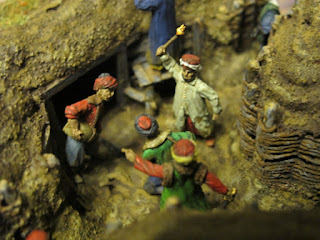 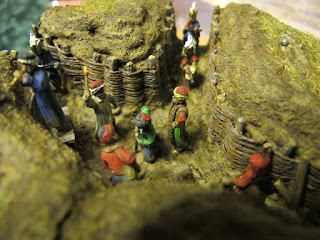 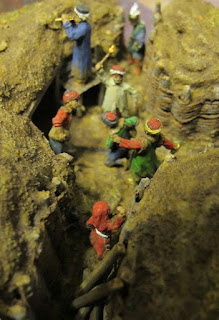 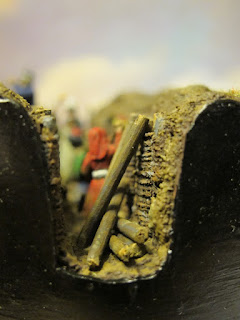 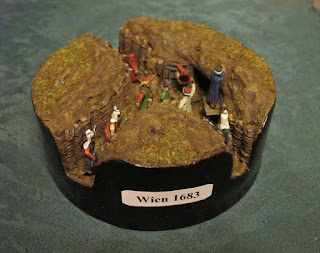