The moment depicted is the rout of the Ottoman army after the defeat in battle. A Polish winged hussar attacks two fleeing janissaries as a symbol of victory on one side and of total defeat and disorder on the other.

The figures are all from Zvezda. Only minor modifications were necessary. 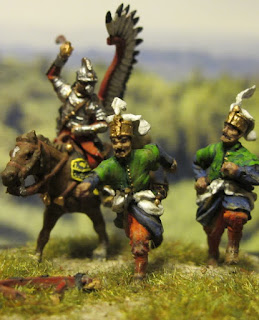 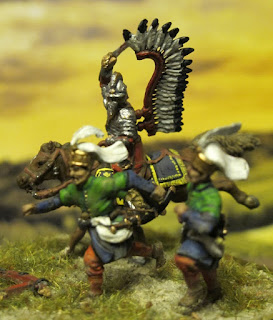 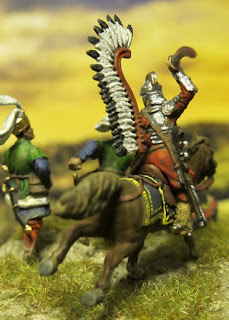 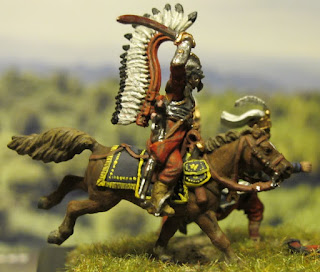 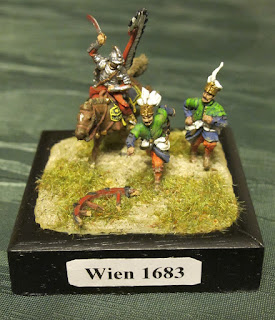