The moment depicted is the clash between Polish and Ottoman troops (Janissaries) during the battle. The Ottomans are already tired of the ongoing siege and the Polish troops are also in a bad state, as their way to Vienna was a long and exhausting one.

The figures are from Zvezda (Poles) and Orion (Ottomans). For reaching the interaction between the figures some conversions had to made and also the Poles had to be trimmed additionally to reach the desired appearance (originally they were Russian streltsi). Uniforms were not very developed in this period, so each figure has its own colours or colour variations. 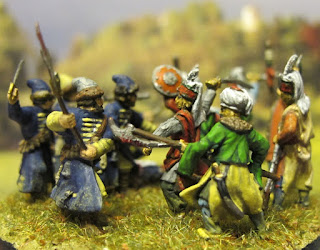 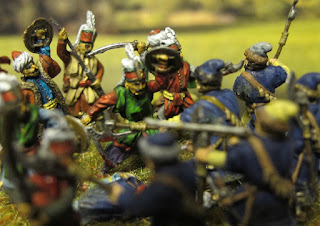 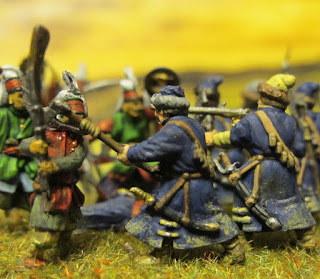 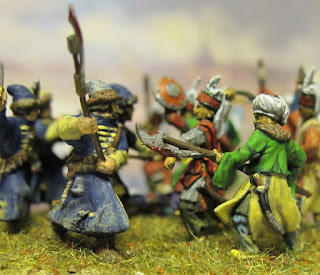 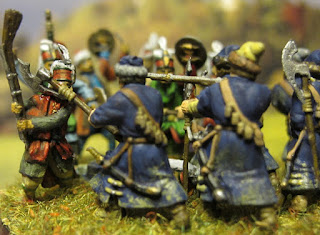 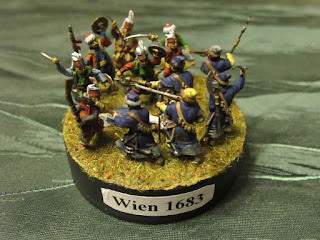