Gaugamela 331 BC - The cavalry

In the year 334 BC Alexander III of Macedonia (later called "the Great") started the invasion of the Persian Empire. After victories in the battles the Granicus and Issus he faced the whole might of Persia in the battle of Gaugamela in 331 BC. The odds were completely against him as the Persian army outnumbered him greatly (exact numbers vary: Macedonian army ca. 50.000, Persian army: 90 - 120.000, in ancient sources even 250.000 up to 1.000.000). With superior tactics of his phalanx and his cavalry he outmanouvred the Persians and put them to flight with only slight losses to his own army. The results of this battle were enormous - the Persian king Darius III was killed by his own men and Alexander was in full control of the whole Persian empire.


The moment depicted is the clash of the opposing cavalry forces on the Persian left flank. After some maneuvering the forces collided with the Macedons getting slowly the upper hand.

The challenge for this diorama are the poses of the horses which are mostly in full charge and for a depiction of a close combat only of limited usefulness. With the right positioning of the the horses and riders can this problem largely be solved. The figures are all from Zvezda, with only minor trimming had to be done. Groundwork is made of coffee powder, paint, some moss from the garden and a little bit of marjoram. For the Persian attack with their feared chariots some parts of the battlefield were cleared, so that no obstacles can interfere with the attack (large stones and bushwork was removed and uneven ground was flattened), so all the ground on the diorama is quite flat and with only few vegetation. 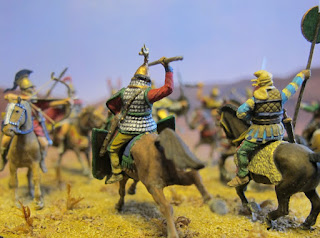 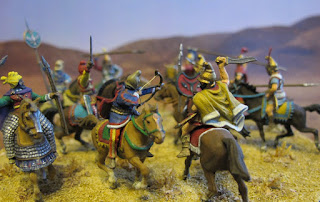 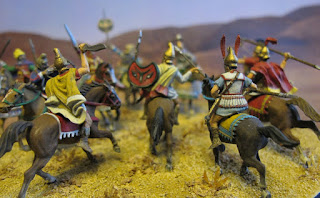 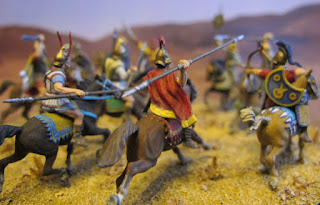 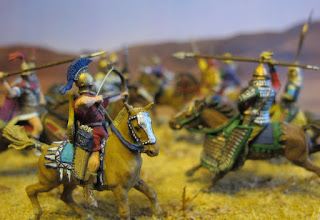 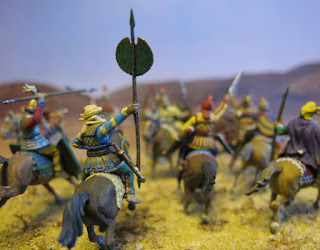 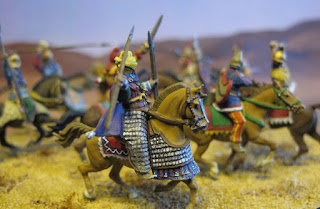 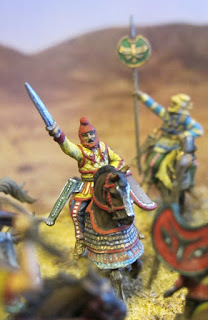 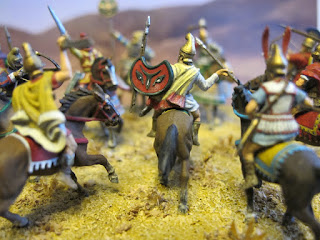 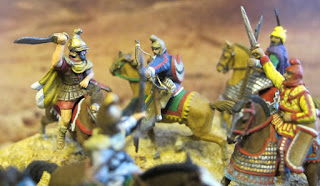 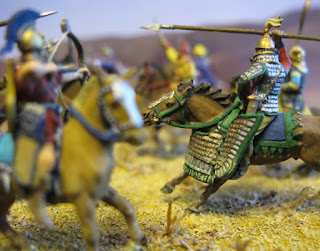 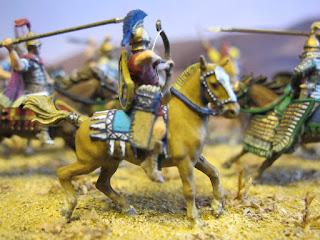 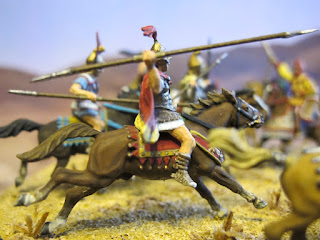 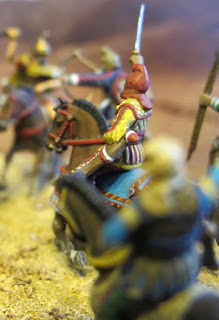 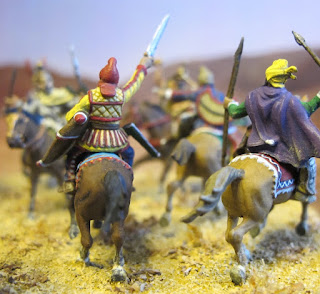 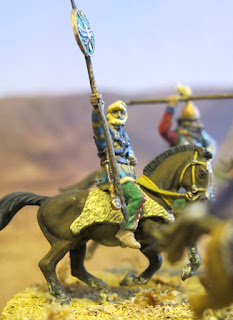 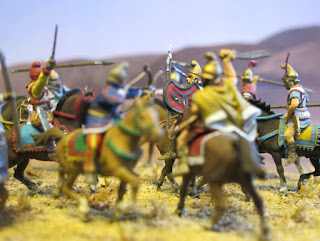 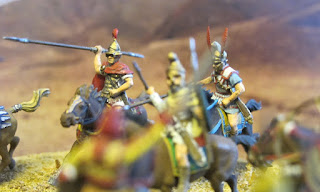 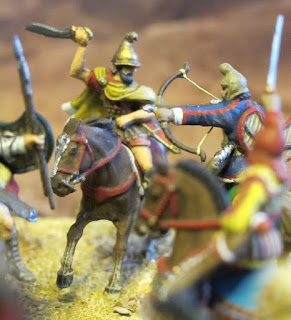 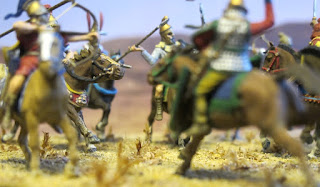 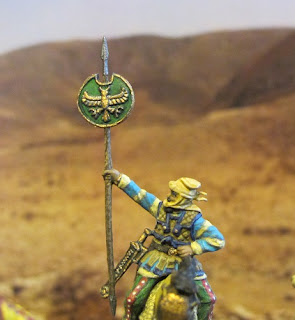 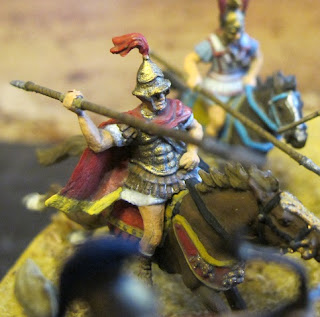 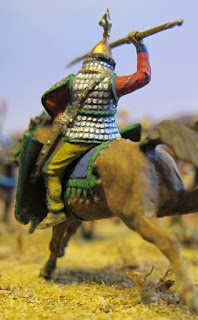 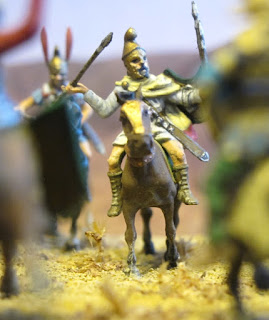 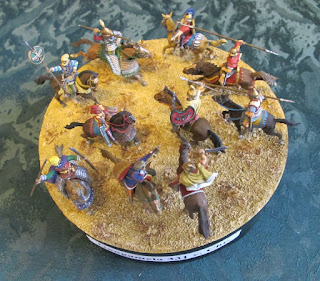