For the Changing of the Guard at Windsor Castle the new guard comes up from Victoria Barracks, led by the Corps of Drums.

The guard is commanded by a junior officer, who is flanked by two lance-corporals, with a sergeant right behind them and a colour-sergeant in the rear (who occasionally gives orders like „change arms“ [ie from one shoulder to the other]).

The drummers are full-scale soldiers with combat roles, here led by a drum-sergeant (not a drum-major).

The figures are from the old (1960!) Airfix sets of Foot Guards. The sculpting is poor by modern standards, of course. But those little fellows have their own charm and once painted up they look quite convincing. Purists only will recognize that the rifle carried today (the SA-80) is much shorter than the Lee-Enfield on the figures and that the guardsmen are in slow march (because the right arm is not at a full swing due to the left leg being in front), which never occurs on the way from the barracks to the Castle and back. 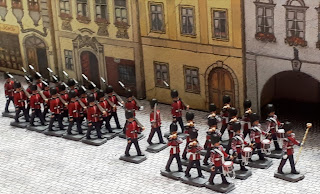 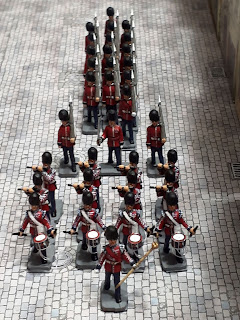 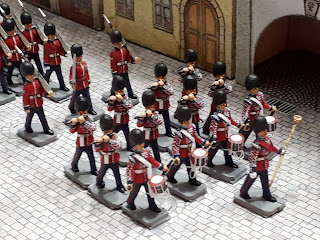 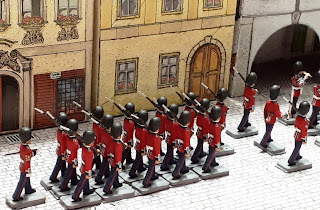 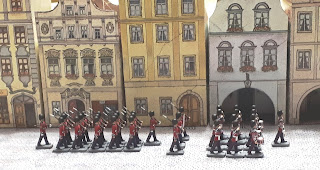 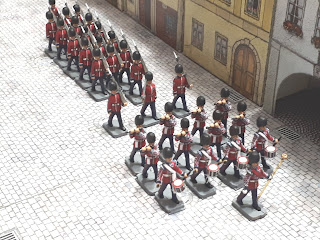 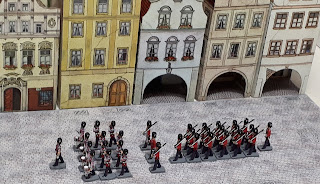 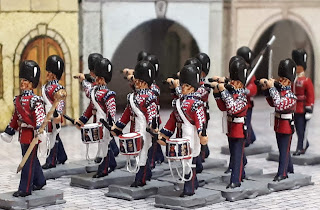 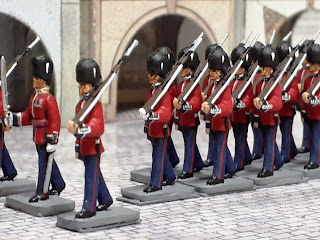