The moment depicted is a Polish march column in the Vienna Woods west of the city. The Polish troops are in a bad state, as their way to Vienna was already long and exhausting. Even their king was ashamed of them and leading them through different ways to Vienna as the rest of the Imperial army.

The figures are all from Zvezda. The challenge for this diorama was the problem that there is only one marching pose in the Zvezda set, so some conversions had to be made. Also some trimming had to be done to convert the figures into Poles (originally they were Russian streltsi). Uniforms were not very developed in this period, so each figure has its own colour variations. The tree is scratch built of wire, putty and some weeds from the garden. 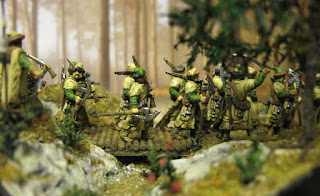 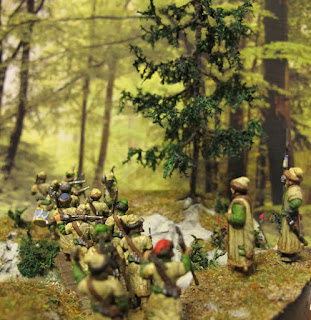 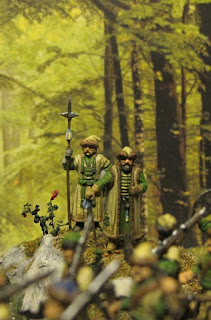 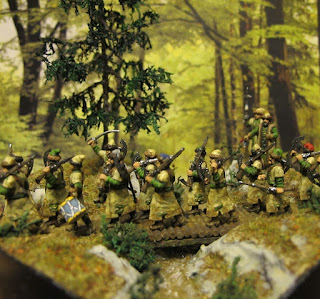 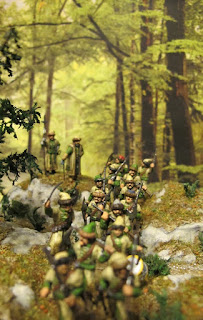 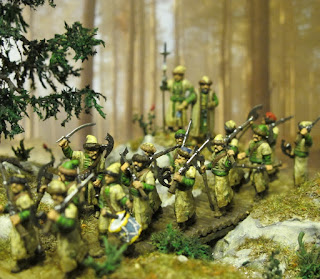 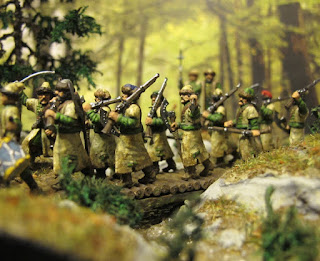 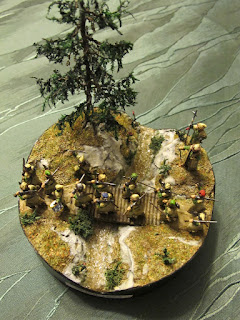