In 1525 a large French army on its way to capture Milan besieged the town of Pavia garrisoned by a much weaker Imperial detachment. An Imperial relief army was already on the way. The struggle between the two opposing armies culminated in a full scale battle, that nobody wanted or expected, in which the French were decisively beaten and their king captured.

The moment depicted in the diorama is the beginning of the fighting between French landsknechts (The black band) and Imperial landsknechts in the park of Mirabello. The two blocks of soldiers advanced against each other and and when they made contact they pushed with their up to 6 m long pikes at each other (= push of pikes). In this case it was a fight to the death with no quarter given - also known as "bad war", opposed to "good war" where prisoners were taken - and the French were completely annihilated.

The figures are from Dark Dream Studio (not really the best) and come with separate arms to allow more diversions. All pikes had to replaced and are scratch built out of styrene strips by Evergreen. Apart from the usual problems with glue on plastic figures, the assembly of a body, two arms and a pike was a very tricky business. And of course the poses of the assemled figures had to interact with each other.

The extravagant costume of the landsknechts (even to contemporaries strange and partly obscene) was a real challenge, as there was no such thing as a uniform and everyone wore what he likes. Only the black band wore a mix of black, red and a little white as a general line.

As it is not exactly known how a meadow in a park in Italy in 1525 looks like I attempted this variant with a quite short cut grass, as I read somewhere that in the renaissance this was state of the art. 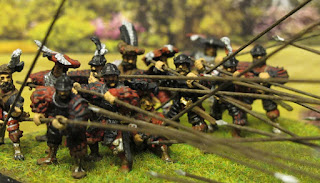 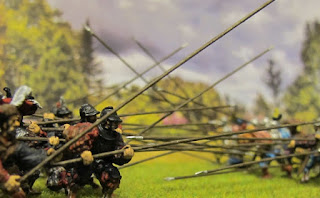 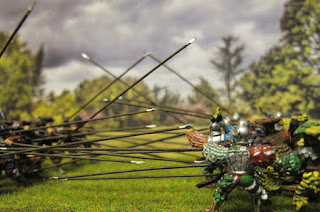 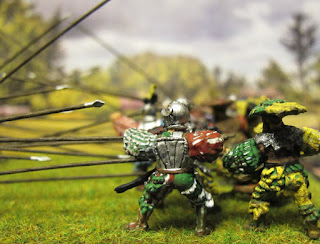 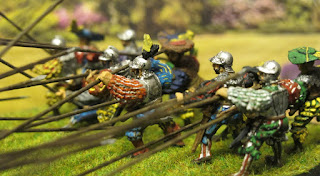 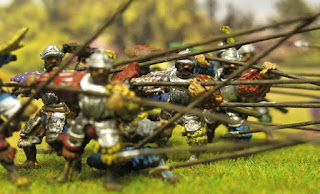 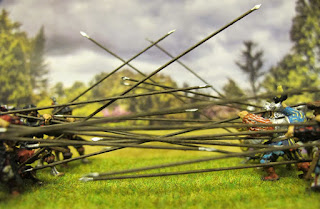 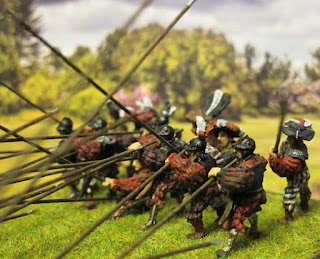 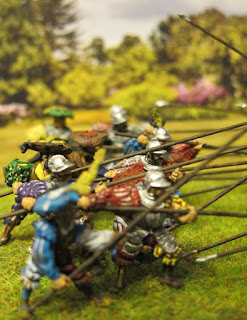 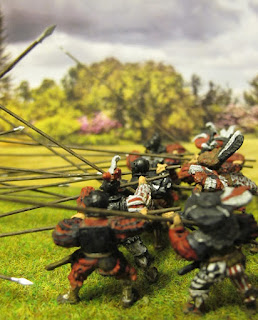 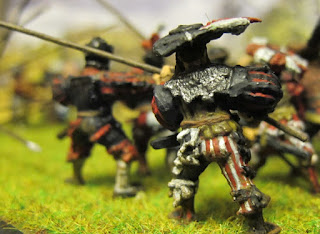 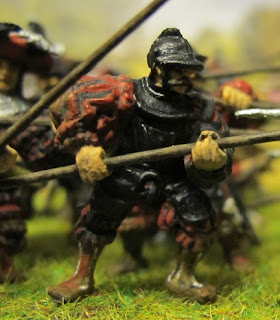 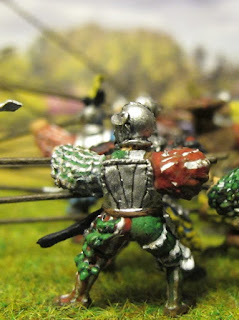 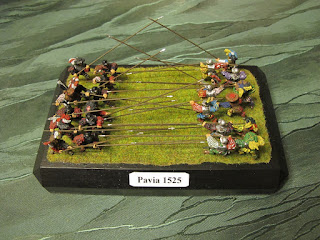